Learn about expected prices and psf.

The acquisition price works out to a land rate of close to S$930 per square foot per plot ratio (psf ppr).

Based on the land price rate, the breakeven price is between $1500-1600. Adding in marketing, legal and misc costs, we expect the development to price at a selling price of $1700-$1900psf.

The above estimates are based on best effort basis and historical trends and expected construction costs, land costs, marketing costs, and profit margins. The eventual selling price may differ albeit not expected to a large extent. Once an indicative price has been worked out, all registered buyers will be informed.

Get in touch with our developer team to get direct developer prices and exclusive discounts. 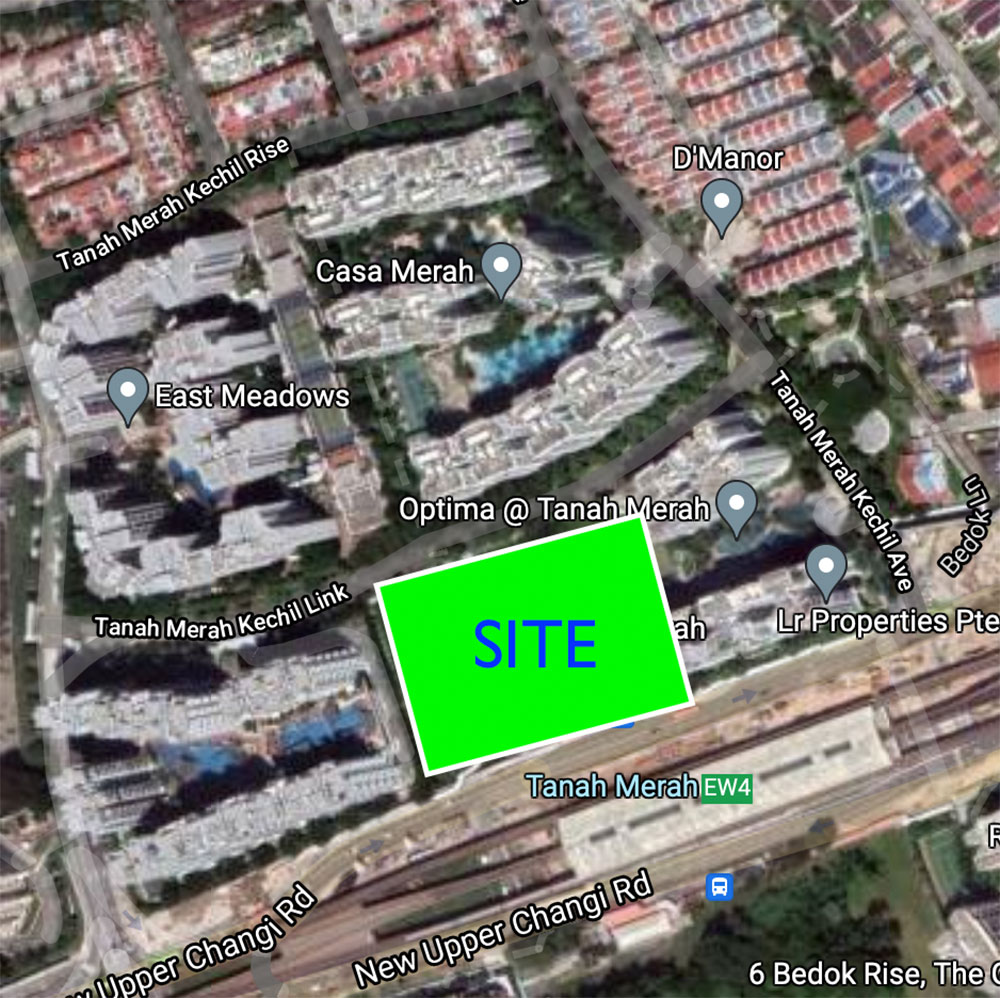 MCC Land, a Chinese developer, placed the highest bid of $248.99 million for the Tanah Merah Kechil site, which is adjacent to the East-West Line's Tanah Merah MRT Station. The new building will be mixed-use, with approximately 21,528 square feet of commercial space on the ground floor and approximately 265 residential apartments on the upper floors. The maximum allowable gross floor area (GFA) for the entire development is 267,644 sq ft

For the 95,587 sq ft, 99-year leasehold Sceneca Residences site, MCC Land's bid of $248.99 million equates to a land rate of $930.34 psf per plot ratio (ppr). According to Desmond Sim, CBRE head of research for Singapore and Southeast Asia, the difference between MCC Land's bid and the second highest proposal was only 4.6 percent.

The 15 bids are an indication that “developers are hungry for attractive development land”, notes Nicholas Mak - ERA Realty's head of research and consultation. However, the bids reflect caution too, as most of the bids were near the median land rate of $825 psf ppr, he adds. “The relatively small site also makes it attractive to medium-sized and smaller developers.”